We have years of experience caring for families from all walks of life, cultures and faiths. Our unsurpassed staff and our family provide kind, caring, professional service. Each family comes to us because they know we are leaders in our profession who are dedicated to excellence in service, adhere to the highest funeral industry standards, and have exceptional integrity. We consistently earn phenomenally high customer satisfaction survey results.

Our licensed, professional staff is here for you 24 hours a day, 7 days a week. Please call 580-353-2940 anytime. We will even come to you to make arrangements in the comfort of your home.

Prompt, compassionate service is always just a phone call away, where and when you need it. 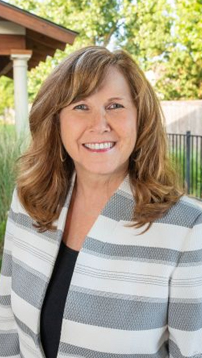 Linda was born and raised in Lawton and graduated from Lawton High School. Linda worked at Southwestern Bell Telephone Company for many years as an operator and later as a service representative. She held the office of Vice President of Operator Services with Communication Workers of America Local #6009 and served in many offices with the Telephone Pioneers Club, including President. In 1998, she returned to college to fulfill her dream of caring for families in their darkest hour. "I felt a calling to help and serve the people of this wonderful community that has been so good to my family and me over the years."

She graduated from the University of Central Oklahoma in 2001 with a Bachelor’s degree in Funeral Science. At UCO, she was a member of Sigma Phi Sigma.

Linda is married to Kevin, and they have one son, Mathis and a granddaughter, Millie. She and her husband travel to Port Aransas several times a year to deep sea fish, and she competes locally and at the state level for her canned jellies, jams, and pickles, for which she has received many ribbons, including several "Best of Show" ribbons and many first place awards. 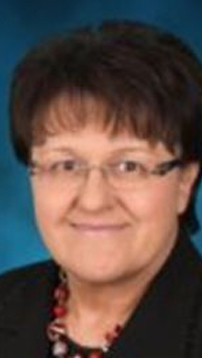 Pam was born in Frederick, Oklahoma and grew up in Grandfield. She graduated from Grandfield High School in 1967. She graduated from Cameron University with a BS in Elementary Education in 1971. Pam taught for 36 years, 33 of those years at Big Pasture Elementary in Randlett, Oklahoma. She retired in May 2007. Before retiring from the school system, Pam began working at Lawton Ritter Gray Funeral Home. In 1973, Gray Funeral Home cared for her family members, at which time, Pam knew that she wanted to help provide that special service for others. Pam is very special to our funeral home family. Pam and her family attend Chattanooga Church of Christ. She is a member and past officer of Chapter EF P. E. O. Pam is married to Lee and has three children, Chad Adams, Chad West, and Jennifer Kelley, and eight grandchildren. Pam completed her lifelong dream of becoming a funeral director when she graduated from Dallas Institute of Funeral Service in May 2010. Pam was valedictorian of her graduating class and received the Bill Pierce Award. She was the first President of Women In Black, an organization formed to promote women in funeral services. 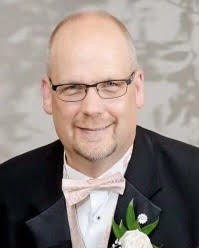 Christian is a third-generation Funeral Director, that learned first-hand, the profession involves more than just going to work each day. Being a Funeral Director, is an on-going commitment to the people and the community in which we live.

Prior to owning his own Mortuary Transport business  and Funeral Home, he worked for a funeral home  During that time, he oversaw the construction of one of the four different Family Funeral Care facilities that were opening simultaneously.  Additionally, he was responsible for training and compliance issues as well as teaching the continuing education courses for the funeral home employees who needed continuing education units, CEU, for their Texas FD/Embalming licenses. He handled inventory control for three Funeral Home/Cemetery locations in the Houston area.

With the opening of Family Funeral Care in Pearland, TX, he had the opportunity to open the doors and build the business from the ground up, with surrounding competition that included three very well known and respected funeral homes that were a part of the Pearland-Friendswood community for years. The first year exceeded expectations and the second-year numbers were increased by 100 percent.

We are grateful to add him to our family here, and know that he will exceed all the expectations of our community! 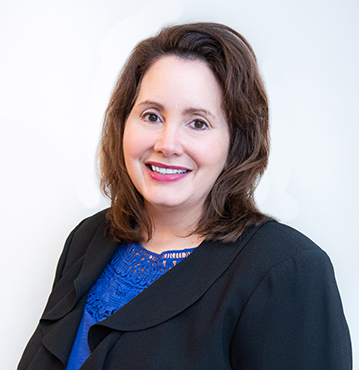 After finishing high school she became a licensed CPA, Certified Public Accountant. We are delighted that Kara has brought her skills and knowledge into the Funeral Service Industry by becoming licensed in Funeral Directing. 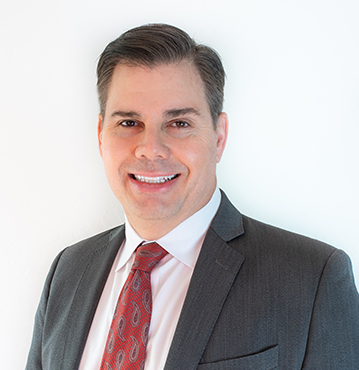 Kris grew up in the funeral business and is a second generation funeral director. His parents, Gary and Judy Gray owned and operated Lawton Ritter Gray Funeral Home in Lawton and Gray Funeral Home in Grandfield, Oklahoma for many years before retiring to Edmond, Oklahoma when Kris and his sister, Kara Gray Ludlum took over the business for many more years. Kris is still an active funeral director and assist with funerals. He is married and has two children. 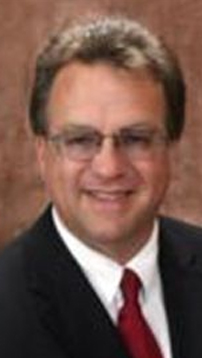 Jim was born in Lawton but was raised in El Paso,Texas. He graduated from Burgess High School in El Paso in 1979 and moved back to Lawton at that time. Working his way though College, Jim graduated from Cameron University in 1990 with a B.A degree in Criminal Justice and from Oklahoma City University in 1991 with a M.A. degree in Criminal Justice Administration. Jim joined the Lawton Police Department in 1992 and is a full time Police Officer with the rank of Lieutenant. Jim has been a member of Mt. Scott Masonic Lodge #540 in Lawton since 1996 and has been a member of the Guthrie Scottish Rite as a 32nd degree Mason since 1997. He is also a member of Paradise Valley Baptist Church. In 2002, Jim started working at Lawton Ritter Gray and returned to school at the University of Central Oklahoma in Edmond to pursue a lifetime goal of being a funeral director. He graduated in 2005 with a B.S. degree in Funeral Science. Jim has a old son named McCajah and enjoys working on old vehicles, riding his two antique Harley-Davidsons and working with his two pet horses, Lamont and Shiloe, in his spare time. 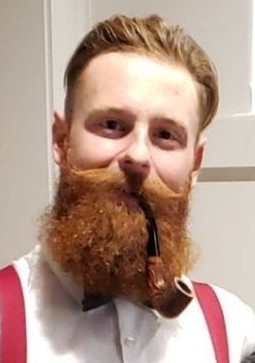 Davis comes from a lineage of educators as a school teacher, lifeguard, and he is a licensed Funeral Director and Embalmer with the state of Oklahoma. He is an avid hunter and gardener, and of course a beard enthusiast.

He has worked with the Ritter-Gray funeral home for several years, and we enjoy his presence with our team. 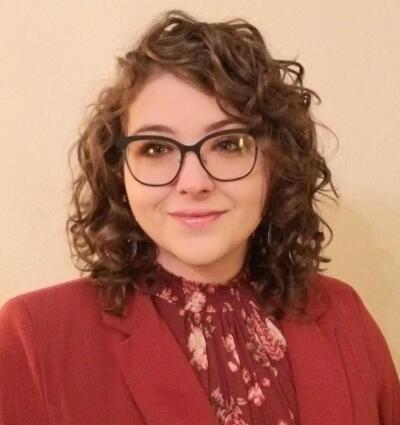 Hannah is a valued member of the Ritter-Gray staff. After being born in Oklahoma City, her parents older brother and she relocated to the Branson, Missouri area. She grew up in the Ozarks and graduated from Hollister High School in 2012 "GO TIGERS!".

Life brought her back to Oklahoma in 2014 and she began her career with Lawton Ritter-Gray Funeral Home. In her words, "This has been an amazing journey, and I look forward to many more years serving the community." 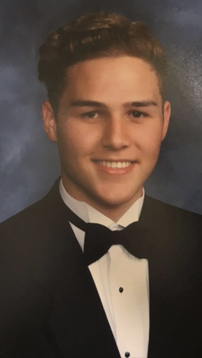 Tristan, while young, is very adept to the funeral service industry. He has been with and around the Gray Funeral Home family since the age of approximately 3. He has made a lasting impression on the industry as a whole while pursuing his passion of technology by creating software that is used across many funeral platforms. He provides expertise in the field of information technology, and helps keep the team connected at all times. 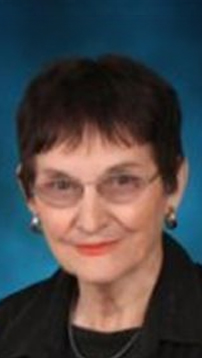 "I was born in Grandfield, raised in the country southwest of Grandfield. I will always be a country girl at heart. I love my family and enjoy all activities that involve my grandchildren. I have worked with my husband both physically and ran the office, when we had our own business.”

“I enjoy my work for Gray Funeral Home very much. I like to read, crochet, and take walks when I can. I am very thankful for my family, friends and co-workers. My life is pretty simple and I am thankful for each day.” 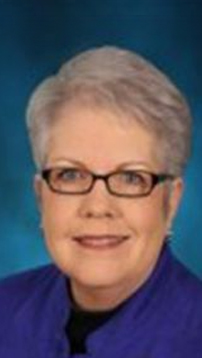 Janie was born and grew up in Lawton Oklahoma. Her family has deep roots in this area since the drawing of the family farm in 1901. Her grandfather, John Woods, received the deed for 160 acres in 1907. Janie attended Lawton High School and earned her cosmetology license in 1968 from Edna Hennessee Beauty College. Thereafter she owned her own salon, Perms Plus in downtown Lawton where she practiced for many years. Janie has been a vital part of the staff at Lawton Ritter Gray for over 20 years and she is truly appreciated for all her hard work and dedication she brings to our team here at Lawton Ritter Gray. Janie has the distinction of being our longest serving employee with the Lawton Ritter-Gray Family 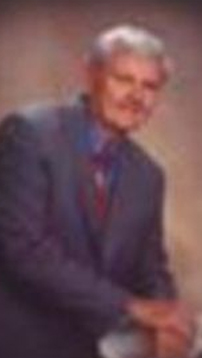 Philip grew up in Grandfield. He graduated from Grandfield High School in 1955 and from Midwestern University in Wichita Falls in 1959. He worked in an oil field for eight years after graduating from college and has been farming from 1967 to present. He has worked with Gray Funeral Home since 1984. He has two children, DeLynn Barrows and David Dudenhoeffer. 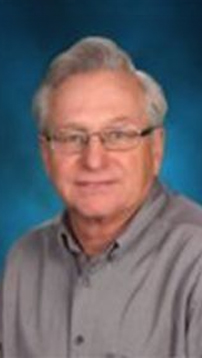 Ted was born and raised in Lawton, Oklahoma. He graduated from Lawton High School in 1972 and from Cameron University in 1981 with a degree in biology. He is married to Debbie Evans, and they have four children and four great grandchildren. He is retired from the Oklahoma State of Health after 27 years of service. Ted attends Cameron Baptist Church. Ted's favorite hobby is raising and racing pigeons. 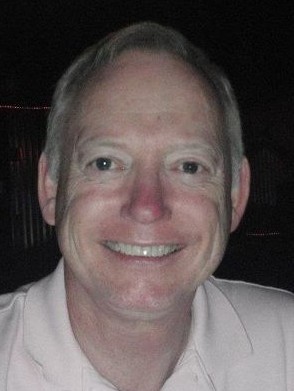 Monroe, is a wonderful and vibrant employee. He brings joy to all that he interacts with. As one of our long standing employees, he is well versed in the daily operations of our establishment. 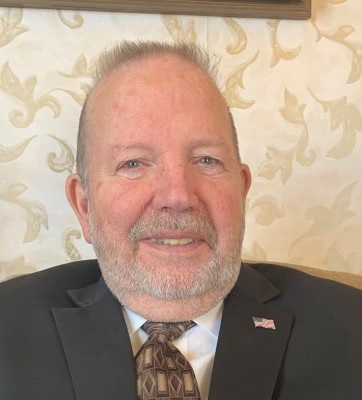 Bill Sickler has been with Lawton Ritter Gray Funeral Home for several years and works as an Ambassador. He is kind, caring, and a hard worker that is available in a moment to take on any tasks that may come up.  As a US Army Retired Sergeant First Class, SFC, and Vietnam Veteran he has an eye for details. 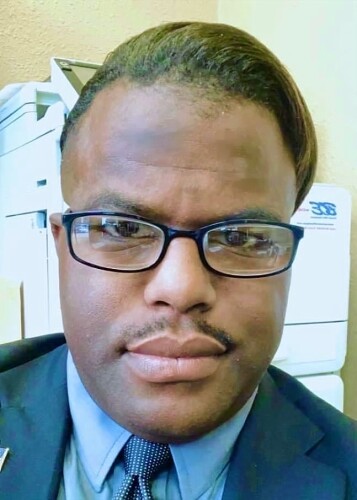 Billy is an Active Duty Servicemember, and one of the newest members of the staff. His funeral service experience began in Charleston, South Carolina where he was previously a member of Harleston-Boags Funeral Home.  His passion to assist families has remained with him through the past almost 20 years of military service.

He embodies the three tenants of his previous military occupational specialty, "MOS," which was Mortuary Affairs:  Dignity, Honor, and Respect. 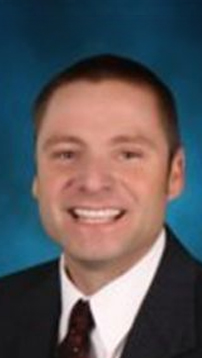 Kevin recently celebrated over 20 years of continuous service at the Sunset Memorial Gardens Cemetery.  He is, "The Sexton," of the cemetery, it's corresponding offices and mausoleums. He comes from a line of funeral service personnel as he is now the third generation in the business. 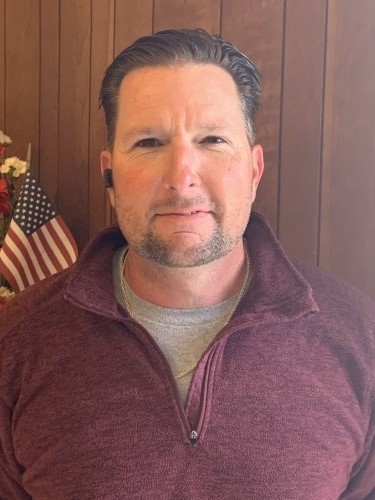 Scott has worked with the cemetery for quite some time. After a brief change in career, where he worked with Goodyear tire company, he returned to the Ritter-Gray Family. He is one of the caretakers of our Sunset Memorial Gardens Cemetery.

Cindy has been with the Lawton Ritter Gray Funeral Home Team for many years beginning in 2001. She was raised in Lawton and is the mother of three sons, David, Jimmy, and  John. Her hobbies include yard work and being with her cat. 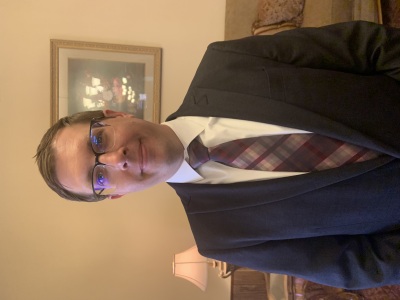 Lawton Ritter Gray Funeral Home welcomes William to our staff. He is currently attending college and will soon go to UCO to study Funeral Services.

You are welcome to call us any time of the day, any day of the week, for immediate assistance. Or, visit our funeral home in person at your convenience.

About Us
Testimonials
Meet Our Staff
In Our Community
Our History